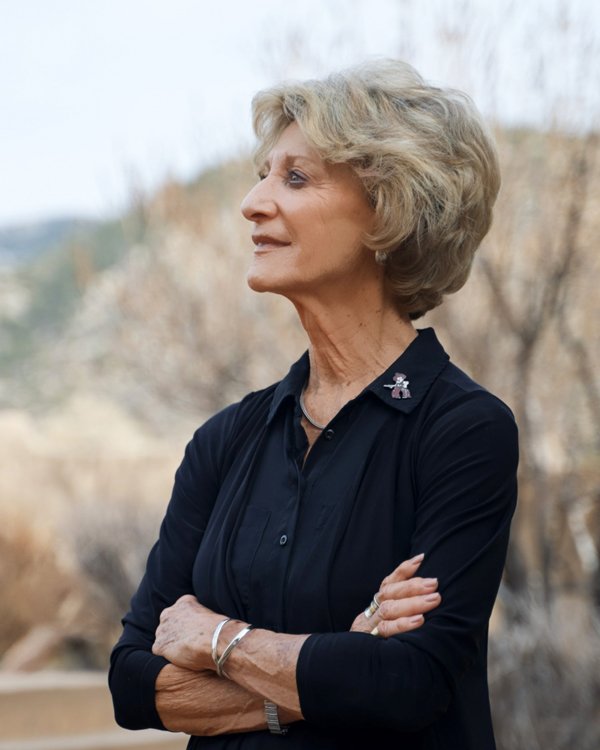 Her family has been part of the Las Cruces community for over a century, beginning with her grandparents, D.L. and Eva Glass, who moved to the Mesilla Valley in 1920. Claiming that “crimson runs in our DNA,” her family’s impact can be found throughout NMSU, from athletic facilities to scholarships, to libraries and institutions of research.

Dr. Torgerson developed a passion for helping the children of New Mexico’s families after receiving her undergraduate degree from NMSU in 1969. She later earned a bachelor’s degree at Idaho State University, and a master’s degree and Ph.D. from the University of Minnesota—all in the field of education.

Over the years, Dr. Torgerson turned her professional ambitions into philanthropic endeavors. In 2007, she funded the Glass Family Library for Young Children in NMSU’s Myrna’s Children’s Village, and in 2012 she created the Glass Family Endowed Scholarship in Education. She also served on the NMSU College of Health, Education and Social Transformation’s Advisory Council.

Pursuing her vision more fully, in 2017 Dr. Torgerson and her husband, Judge Alan Torgerson, made a generous gift to establish The Glass Family Research Institute for Early Childhood Studies at NMSU. The institute aims to identify and explore best policies and practices for supporting New Mexico's children during their formative years.

Her interest in supporting NMSU did not end there. Dr. Torgerson is a huge fan of Aggie athletics and has backed the home team like a champion. She started by endowing an athletic scholarship, and later served as co-chair for the Lujan Dinner annual fundraiser benefiting NMSU athletes. She also renovated the Women’s Basketball Lounge and upgraded the New Mexico State Weight Training Center. Dr. Torgerson now serves on the Aggie Athletic Advisory Council.

But her support for Aggie swimmers is where she has made the biggest splash. Dr. Torgerson completely renovated the NMSU women’s swim team facility, resulting in the 2016 unveiling of The Wanda Glass Family Swimming and Diving Locker Room, named in honor of her sister, Linda Glass Schroeder—NMSU’s first head swim coach—as well as their mother, Wanda Glass.

Turning her efforts toward personal and corporate philanthropy, Dr. Torgerson joined the NMSU Foundation Board of Directors in 2007 and served until 2019. She worked on the Governance Committee, overseeing continued board membership for NMSU while helping raise millions of dollars for current and future Aggies.

The Torgersons now live in Albuquerque and enjoy traveling and spending time with their daughters Jamie and Jessie, and grandchildren Sierra, Kingston and Kye, all living in Los Angeles.